The Fear Of Futile Sacrifices

People don’t want to get screwed over. Only if someone truly believes that their sacrifices will not be in vain, will they give their all to the task at hand.

“Golden Balls” was a UK game show that ran in the late 00’s. It’s well known for the prisoner’s dilemma that constituted its double blind final round. Each contestant could choose to “split”, dividing the prize pool between the two contestants equally. A contestant could also choose to “steal”, taking the entire prize pool for themselves. However, if both people picked “steal”, each of them went home with nothing.

Before they made their choices, the contestants could talk to one another, and inevitably, each of them would try to convince the other that they were surely going to split. In practice, however, stealing was extremely common, to everyone’s detriment. That is, until a contestant named Nick Corrigan split the game wide open: 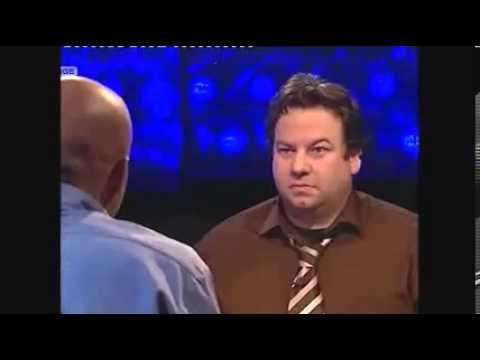 According to his RadioLab interview, Nick’s unique strategy was a result of a sudden realization that he had one day while swimming. The realization is as follows: it’s not the hope of taking home all the money that causes people to play “steal”, it’s the fear of their opponent screwing them over and leaving them with nothing. When negotiating with other people, it’s crucial, more than anything else, to remove this fear of someone’s sacrifices for a cause being in vain.

In “Battle Hymn of the Tiger Mother”, Amy Chua explains how she raised her children to be successful at music and academics using traditional Chinese methods. From chapter 6, “The Virtuous Circle”:

“If done properly, the Chinese strategy produces a virtuous circle. Tenacious practice, practice, practice is crucial for excellence; rote repetition is underrated in America. Once a child starts to excel at something—whether it’s math, piano, pitching, or ballet—he or she gets praise, admiration, and satisfaction. This builds confidence and makes the once not-fun activity fun. This in turn makes it easier for the parent to get the child to work even more.”

If a child believes that hard work will result in success, and the success in recognition, the bitter pill of the work itself is much easier to swallow. Chua’s parenting style attempts to instill this faith in her children by demonstrating it to them as they master an instrument or another talent. In other words, the style works to convince the child that future sacrifices, like current sacrifices, will not be futile.

Other sacrifices, such as the trust required to pick “split” on “Golden Balls” work the same way. A person will not make them unless they are sure that they will get something valuable in return. In the case of the contestants on “Golden Balls”, there was substantial uncertainty about whether or not a sacrifice, in the form of playing “split”, would pay off, which lead to the prevalence of “steal”.

Kind personalities are in some sense adaptions to make sacrifices seem less futile. If you consider a sacrifice worthwhile when it benefits other people in addition to yourself, you’re more likely to make that sacrifice, and sacrificing for others in a group setting is valuable for the group.

Take advantage of the fear of a futile sacrifice when motivating yourself: explicitly think about what would happen if your sacrifices didn’t pay off when making your plans. If you know what will happen if you get screwed, you can disarm the instinctive fear reaction.

You can also unlink your “commitment to making a sacrifice” from your “belief the sacrifice will turn out well”. For example, certain moral systems would say that choosing “steal” in the Golden Balls is wrong no matter how likely you think you are to get screwed over. If you adhere to such a moral system, you can have the courage to make the sacrifice independantly of its futility.

Take advantage of the fear of a futile sacrifice when dealing with others by convincing them that their sacrifices to you will pay off. As Nietzche said, those who have a why can bear any how. Make sure that you address both the possibility of failure at the task itself, and failure to be recognized for it.

On the other side of things, one of the best ways to supercharge an ideology you’re trying to spread is to paint the alternative as a futile sacrifice. “The Red Pill”, a pick up artist ideology does this impeccably. By portraying conventional dating norms as resulting in men making many sacrifices to women without getting anything in return, TRP rhetoric has appealed to men’s fear of futile sacrifices and spread widely.

In other cases, institutions have been set up explicitly to provide worthwhile sacrifices. For example, going to college to study computer science instead of getting a job straight out of high school will almost surely lead to better job prospects down the road in spite of the lower income in the short term.

Sacrifices made to your future are not the only kind that are set up to pay off, either; well-adjusted people will usually reciprocate sincere kindness towards them or reward people who have a reputation for kindness or trustworthiness. So, take the outside view and have faith when deciding which sacrifices to make.